Hey Mages! Just as usual this week the game is improving smoothly. We’ve been working on the videogame version as well as creating more artworks for the game.

We’ve been working a lot on the video game version. On top of that, we’ve discussed about more artworks and got some of them done. Though we’re keeping them aside for now, we’ll reveal them when the time is right. (And oh trust me, you do want to see them given how awesome they are).

But enough with the art teasing and let’s see in details what’s been going on this week.

The team is working very hard on the video game version. We’ve found a lot of missing links here and there to handle the most complex parts of the game perfectly. For now it was working okay, but you know very well that “okay” isn’t quite enough for us.

Going further and getting things right will actually require us to go very in depth into the foundations of the code so it’s gonna be pretty important changes. This will make the game way better in so many ways, we’re eager to get those changes in. 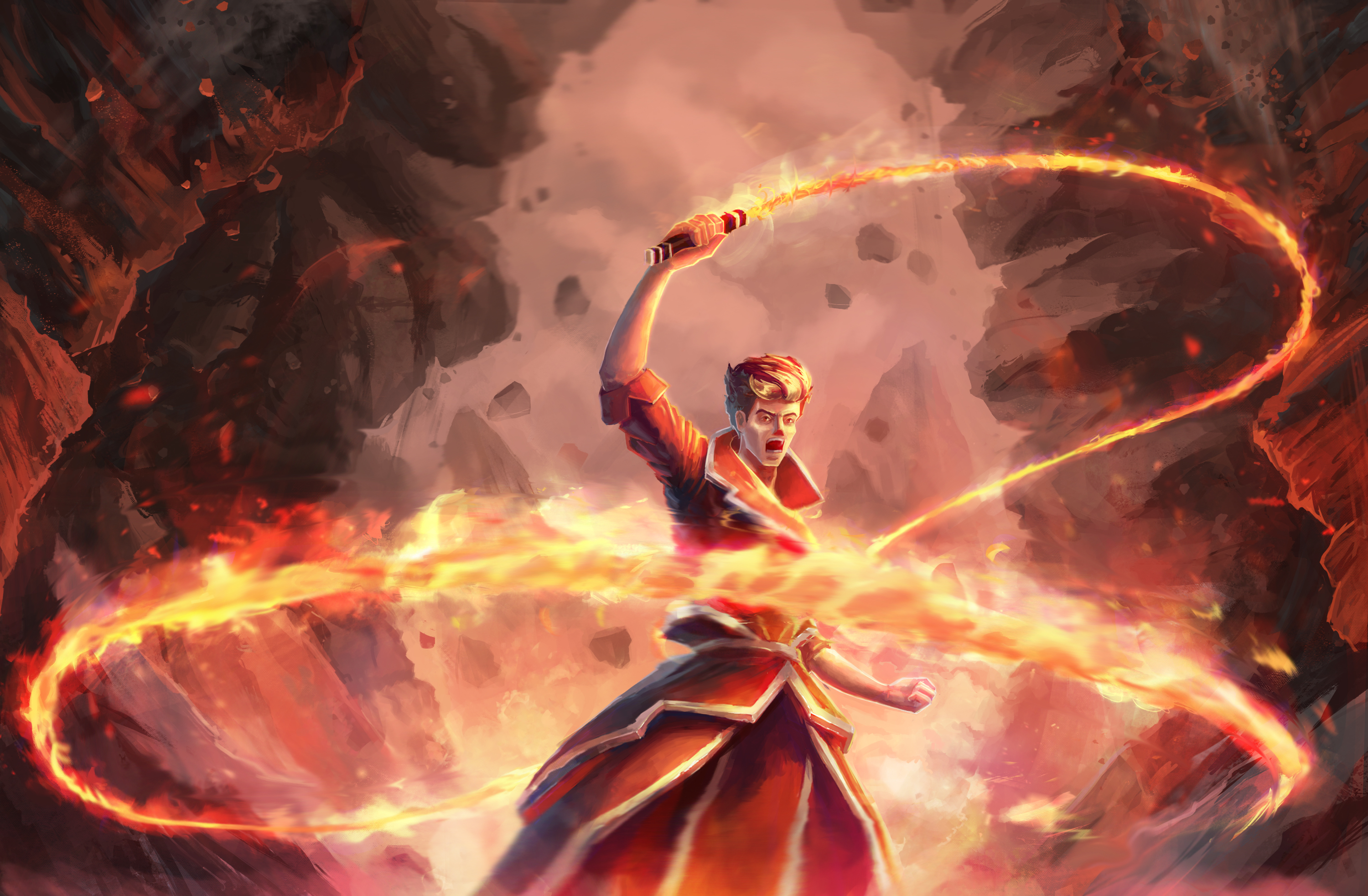 “Wait a minute? Creatures?”
Yes we know what you’re thinking, Mage Noir doesn’t have creatures. Well technically we do have some things that look quite like it. As we said in previous game design talks, we wanted to focus the game on spells rather than creatures, but still give the opportunity to have some if you wanted to use them. For those who tried the print and play version, you’ve seen it in the vegetal demo deck. The Vegetal element can use permanents like trees that kinda act like creatures.

So what about creatures and artworks? Well since they are a minority, we wanted to make sure they are not rushed or left behind. So we took a whole lot of time to make the artwork for one of the most important of the first version of the game. We’re talking about the “King of trees”.

The artwork is finished now and let us tell you, the King of trees is a big one. We hope you’ll like it. We brainstormed a lot about its shape, its feel and the place it has within the lore. You’ll have to wait before you can see it, but we hope you’ll love it as much as we do.

Here is another chapter to the story of the ever shape shifting element. We’ve been working with the same water ritual for a while now but we’ve noticed that it felt kinda boring to play. So we’ve brainstormed a lot to bring you something impactful and unexpected, that can convey the feeling of playing water. We’re pretty happy with what we’ve found and we hope the multiple playtests we’re going to do will comfort us in our beliefs. Let’s hope you’re ready to see some Mana movements.

We’re going back to playtesting, writing code and making some artworks. We hope you’re doing great! Until next time, have fun and stay safe!