Hey Mages! Ready for this week’s update? Let’s get right in.

Yes, we’ve been changing cards last week so we need to test them quickly if we want to make sure we’re not destroying the whole balance of the game. We’re pretty happy with most of the changes we’ve had the chance to test for now. We feel like every element has even more identity. Fire is more agressive rightaway but is still as dangerous to use, Vegetal feels even more dangerous late game and Air is still about combos and quick draw.

Those 3 elements have shown pretty good results and a balanced feel during the playtests. We still need to do more games with them in order to make sure nothing has slept past our vigilance in term of mono-element decks.

Water is the current exception because we’ve tried to give it a very special gimmick that has never been seen in card games, it thus needs a lot more testing than the other ones. We’ll present all of this to you once we’ve got something balanced and a bit more stable. 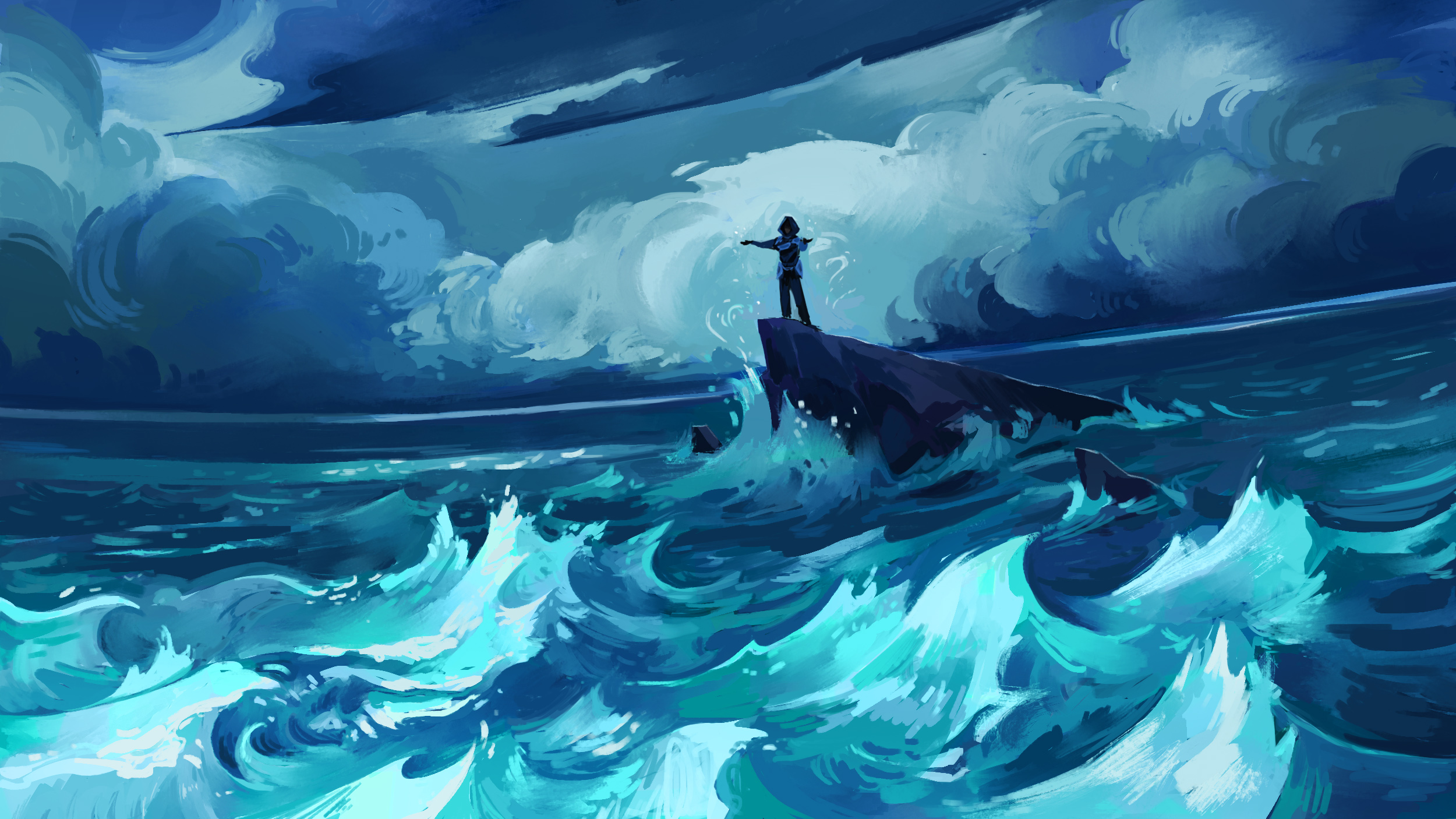 Even though we’ll show you some cards once they have stabilized, we can still tell you about the mechanic we’re trying to create.

As you know, our card game is the only one where the Mana is kept under the cards. We want to use this Mana as a resource that water can use for its effects. So water should be able to move Mana from a spell to another and use this Mana to do various effects like healing or damaging ennemies.

This implies having a very precise grasp on the Mana flow on your side of the table and thus on the Mana you release to the available Ether. This is very stong as such and we will need to observe Water very closely to ensure this does not break the game or gives too much advantage to this peculiar element.

Last but not least, the video game version

This side of the project is still going on its way at a fairly good pace. We’re starting to gather the assets we’ve created to put them properly into the game. Everything is going to its place little by little.

Well we still got some playtests to do and some assets to move. This whole Water mechanic is a tough nut to crack to be honest but it’s one of the most exciting wechanic we’ve had the occasion to work on. We’re very excited to make it as interesting as we know it can be.

Until next week, have fun Mages!