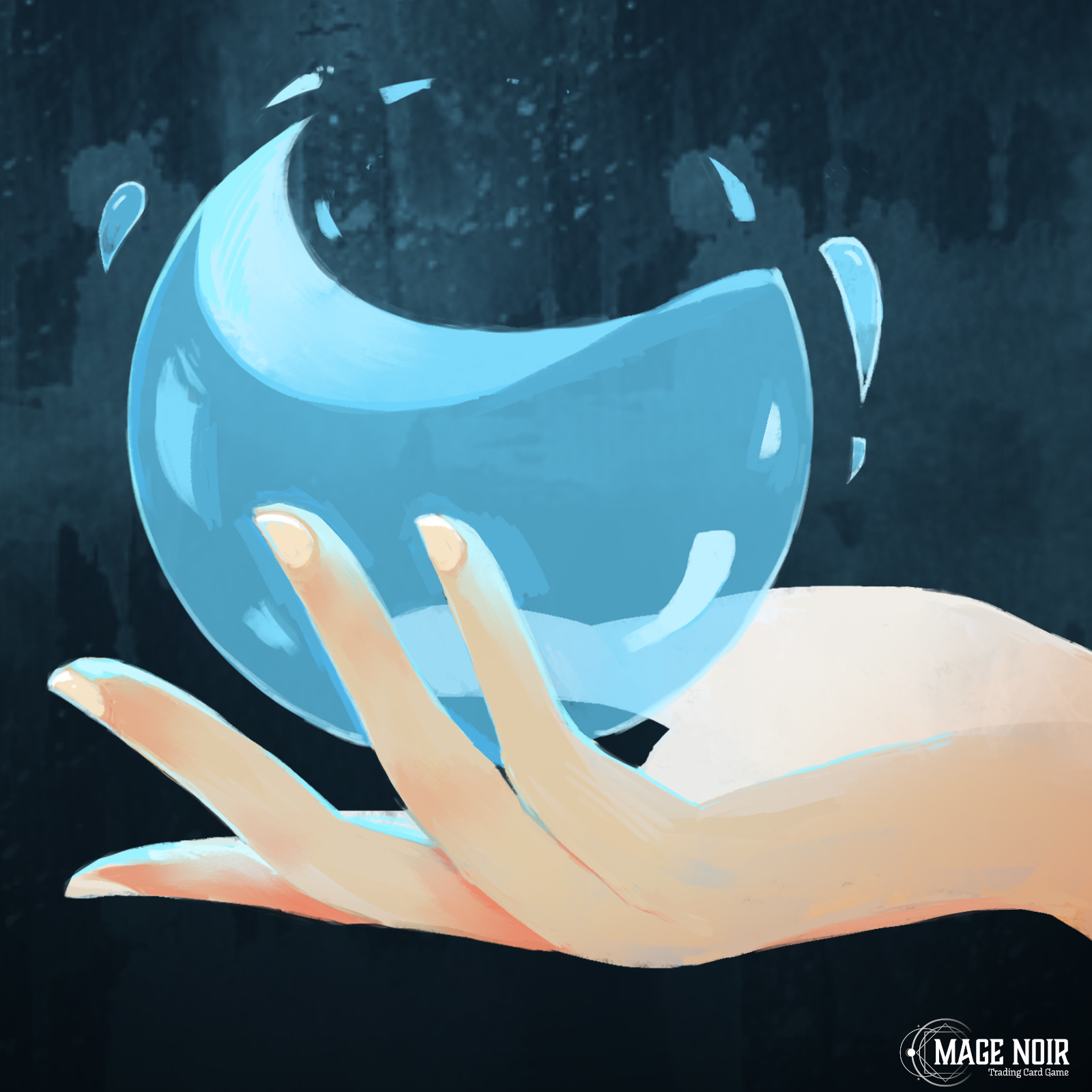 So what is Water about exactly?

Water was a tough element to balance and create. Water has so many forms and is such a versatile and vital thing that it was complex to pinpoint its very core. Instead of Water in itself, we decided to focus on what it would feel like to manipulate it.
This led us to the following main concepts:

All of those were very interesting concepts to have. The challenge was to bring them together into a single element.

What we did with Water

The first thing we wanted to take care of was Water’s versatility. This meant that water should be able to do a bit of everything, turning it into a jack of all trades. Allowing a Water Mage to deal damage, heal, draw cards, manipulate Mana and all other sorts of neat tricks that any good Mage should have up their sleeve. 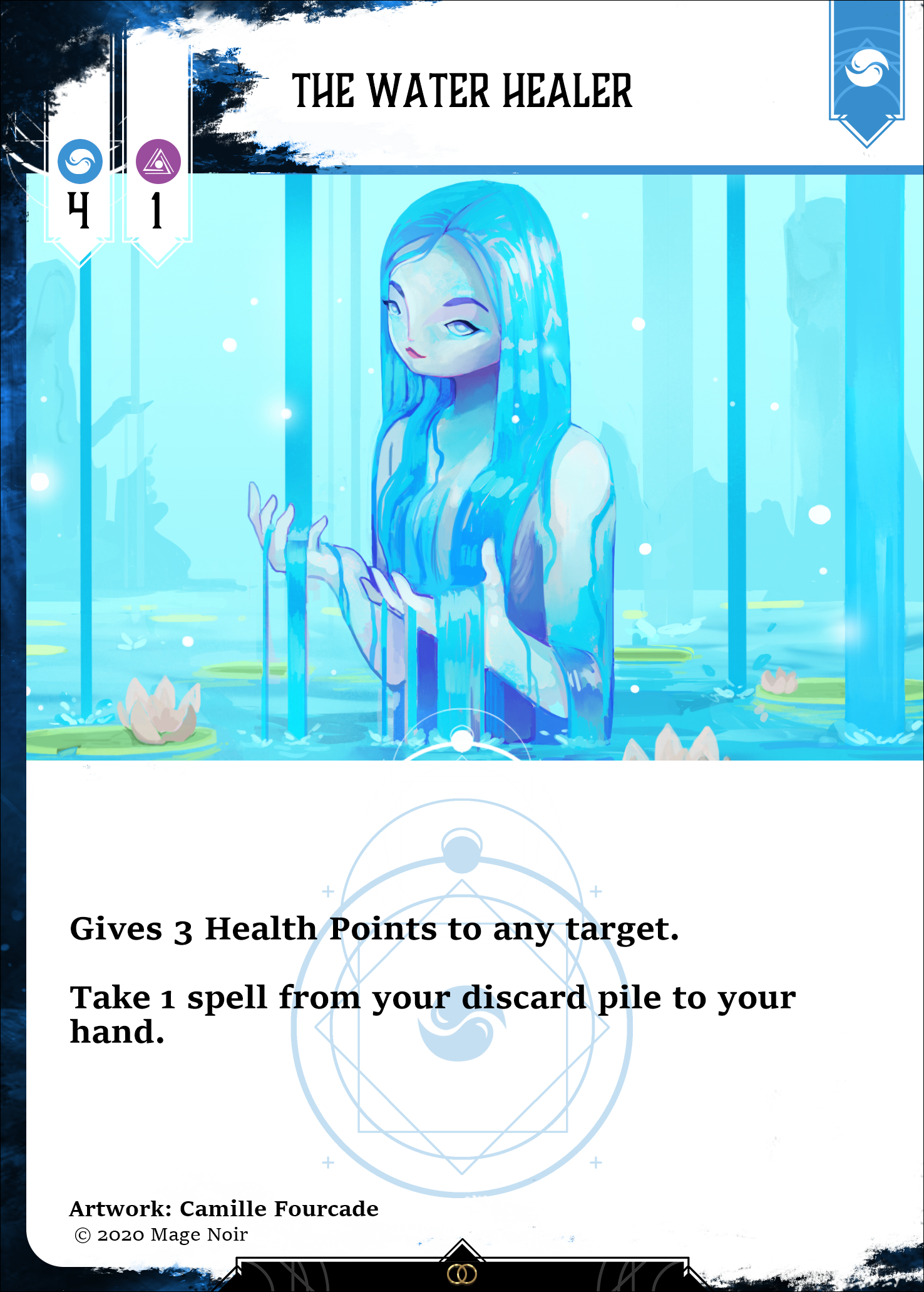 The broad range of abilities brought by all Water spells is a good depiction of this trait. The important part however was to ensure that all of these abilities were precisely balanced.
Make them too weak, water wouldn’t be useful and would end up never used compared to the other elements.
Make them too strong and water would become the best at everything, sinking every other element in oblivion.

The end result is pretty good as Water has a lot of tools and a healthy power level. But even more than versatility, the most exciting thing about Water are the two other concepts we really wanted to put into the game.

Gotta go with the flow

The concept of flow was a very important part of Water’s identity. We wanted Mages to feel like they could pour some water from a container to another as they want, in a natural yet useful way. But moving spells directly was pretty hard to represent and ended up creating impractical situations. Something that was much easier to move around and play with was Mana itself.

And it actually felt great to play with. Having Mana physically underneath spells is a mechanic that is pretty exclusive to Mage Noir and we were very happy to exploit it in a new way to create new experiences.

Moving your Mana from one spell to another in order to use it optimally and moving that Mana back to another one afterwards really felt like taking a liquid and bending it to your will, navigating your stream of Mana from one engine to another. But this way of doing things needed players to have lots of Water Mana. Which was pretty convenient since it would lead us naturally to our third concept: Aggregation. 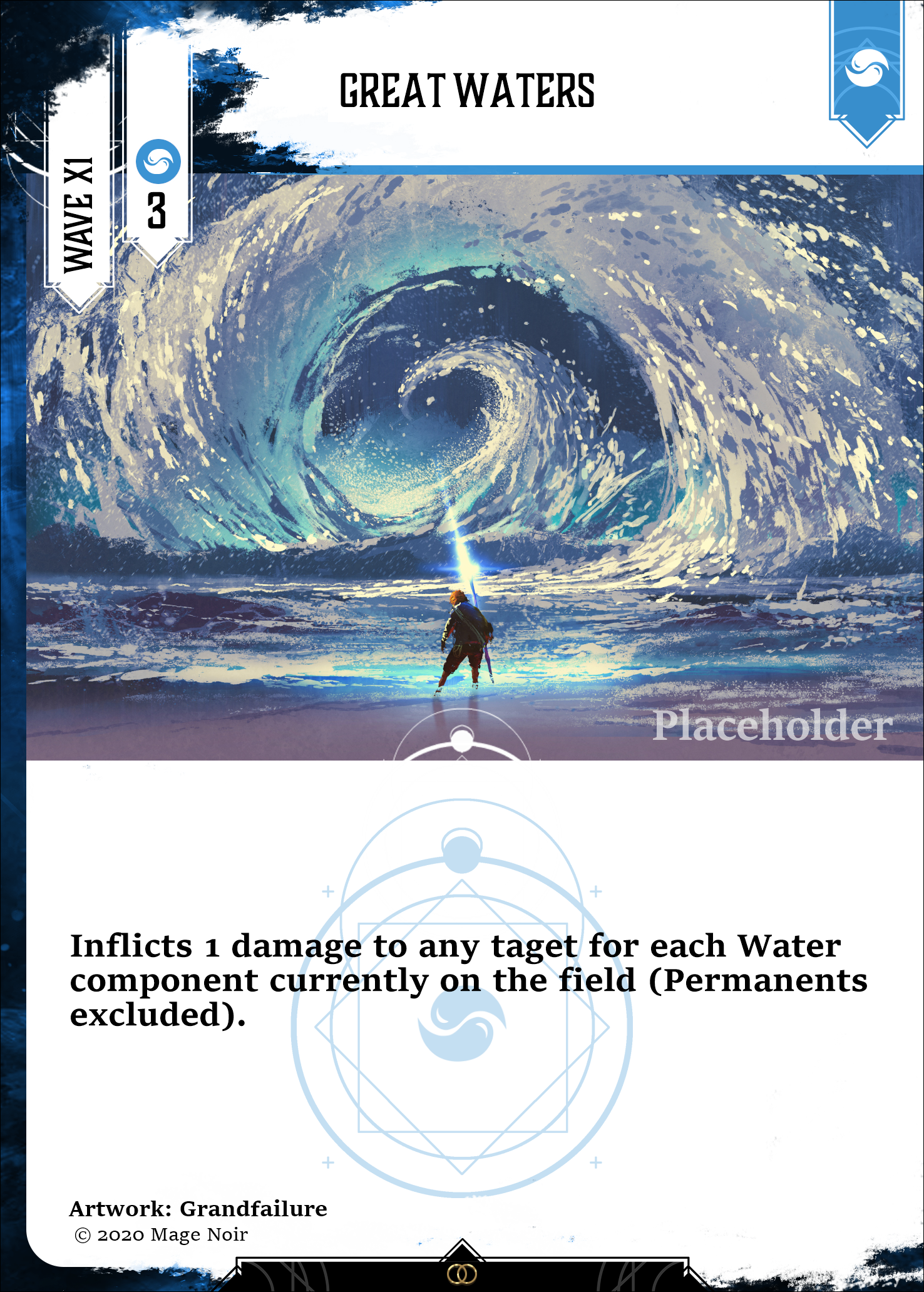 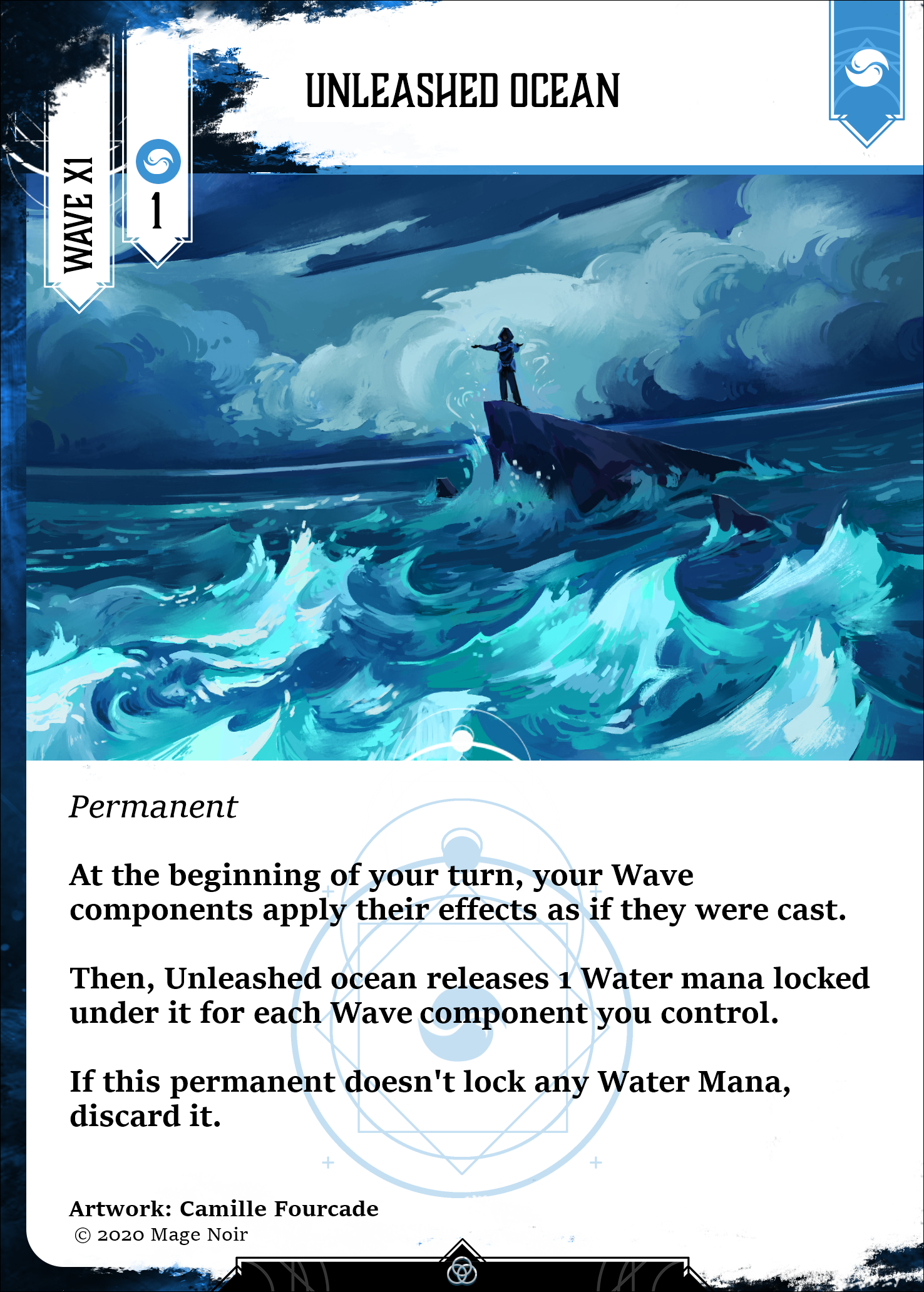 One, ten, a million drops in the ocean.

Our main thoughts considering aggregation was that a single drop of water couldn’t hurt at all, but that the ocean may be one of the most massive and dangerous things on earth. Which led us to consider that Water’s power should be proportional to the amount of Mana and components you have.

Most elements scale with how many spells you can activate to get their effects. On the contrary, stacking components without activating them is a viable Water strategy. Simply because it has the tools to manipulate them to harm you opponent.

Whether it is by counting them additional times, using their number as a direct threat, or simply by activating them from the components zone.

One thing is for sure, Water never stops moving and can adapt to many situations.
But we’ll let you discover that for yourself when you play Water for the first time.

If you like having a very precise mastery over the state of the game and enjoy intimidating your opponent with the force of numbers, we seriously recommend you give Water a try. We hope you’re hyped for the next element presentation. We’re going back to writing!