Hi Mages!
today we’ll talk about the system used to create and handle spells in the game. It is one of the core pieces of the game design.

Our objective since the beginning of the game is to make the player feel like a true Mage. This greatly influences our game design, and it is through numerous trials and errors that we came to this system. Here is our point of view.

In the Mage Noir universe, magic is reserved for an elite, able to master it. Few are those who can learn it thoroughly in order to master the most complex spells.

Thus the first statement is the following:

However it is not a reason to make it impossible to use in game. We had to convey this depth without making the game complicated. This is why we opted for the spell crafting mechanic.

Our spell combining system takes inspiration from the “crafting” mechanic in video games. “Crafting” in games is a very precise system: it consists in gathering components (always), a recipe (often) and using a skill (sometimes) to create an item. As an example, finding the Elvish sword “recipe”, 3 Elvish steel ingots, going to the forge, using the necessary weapon smithing skill and TA-DA, “crafting” your Elvish sword.
Our spell system takes inspiration from this mechanic but applies it to magic, and adds a pyramidal system to it. It functions as follows:

Those 3 points are enough to explain exactly how our system functions, however they do not answer numerous questions you might have while reading them.

Q: Does every spell needs components to be casted?
A: No, there are also lots of spells that can be cast directly without requirements (they would however have a Mana cost, most of the time). But the most powerful spells require components, or at least a great majority of them.

Q: Can this list contain the same spell multiple times?
A: Yes. As an example, if a components list requires the spell “Rain x2” it is then possible to use two copies of “Soothing rain”, two copies of “Fire rain”, or even one of each.

Q: What is the maximum number of components as spell may require?
A: We have no restriction in theory. Every of the different components can be required an infinite number of time. However, we stay careful to ensure cards stay playable over the course of the game. In general, we limit the number of distinct components to 3 as a maximum. But we may push these boundaries in the future if we need to.

Q: Is the component discarded when I play my spell?
A: No, not by default. As long as no card text says otherwise, components stay locked on the table. This means you won’t lose in power over the course of the game. However, it also depends on the elements. Water and Vegetal are cyclic (each with their own way). Fire and Air are volatile and ephemeral. This is frequently put in special components mechanics.

Q: Does the component name has to be the exact term specified on the card?
A: Changes in the term due to numbers or genre are authorized. Thus, the spell “Favorable winds” does count as a “Wind” component. 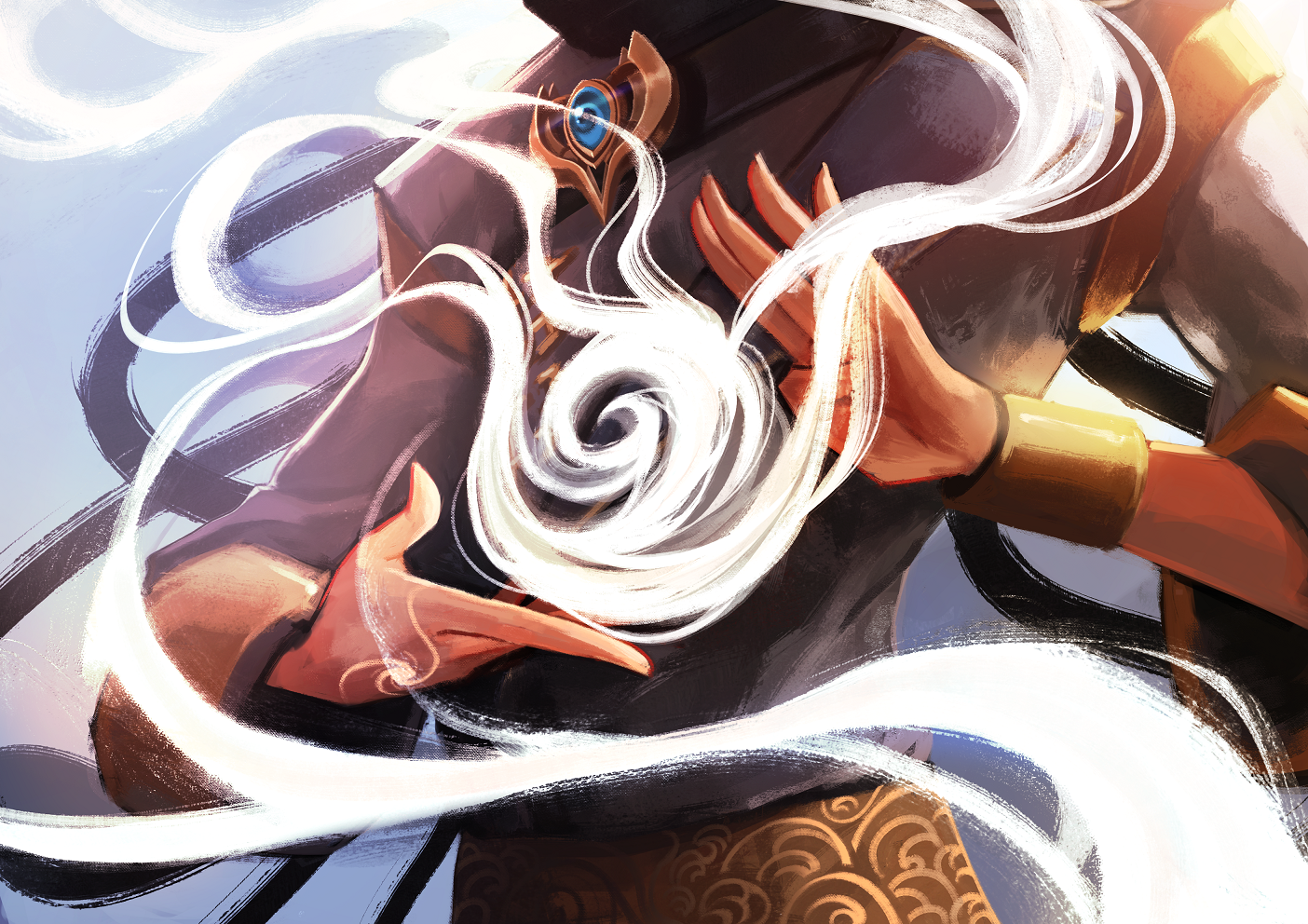 Why this peculiar system?

We tried lots of systems in order to find the one that would fit our game best. We opted for this one for many reasons.

The first strength of this system is that it allows to create combinations that the players are used to. Even if they are discovering the game, the interactions between the different elements are logical and don’t go against their view of the world. It is a very effective way to help them learn about the game, capitalizing on the knowledge they already have.
As an example, a tsunami will be created with an ocean component and an earthquake component. Just like in real life ! 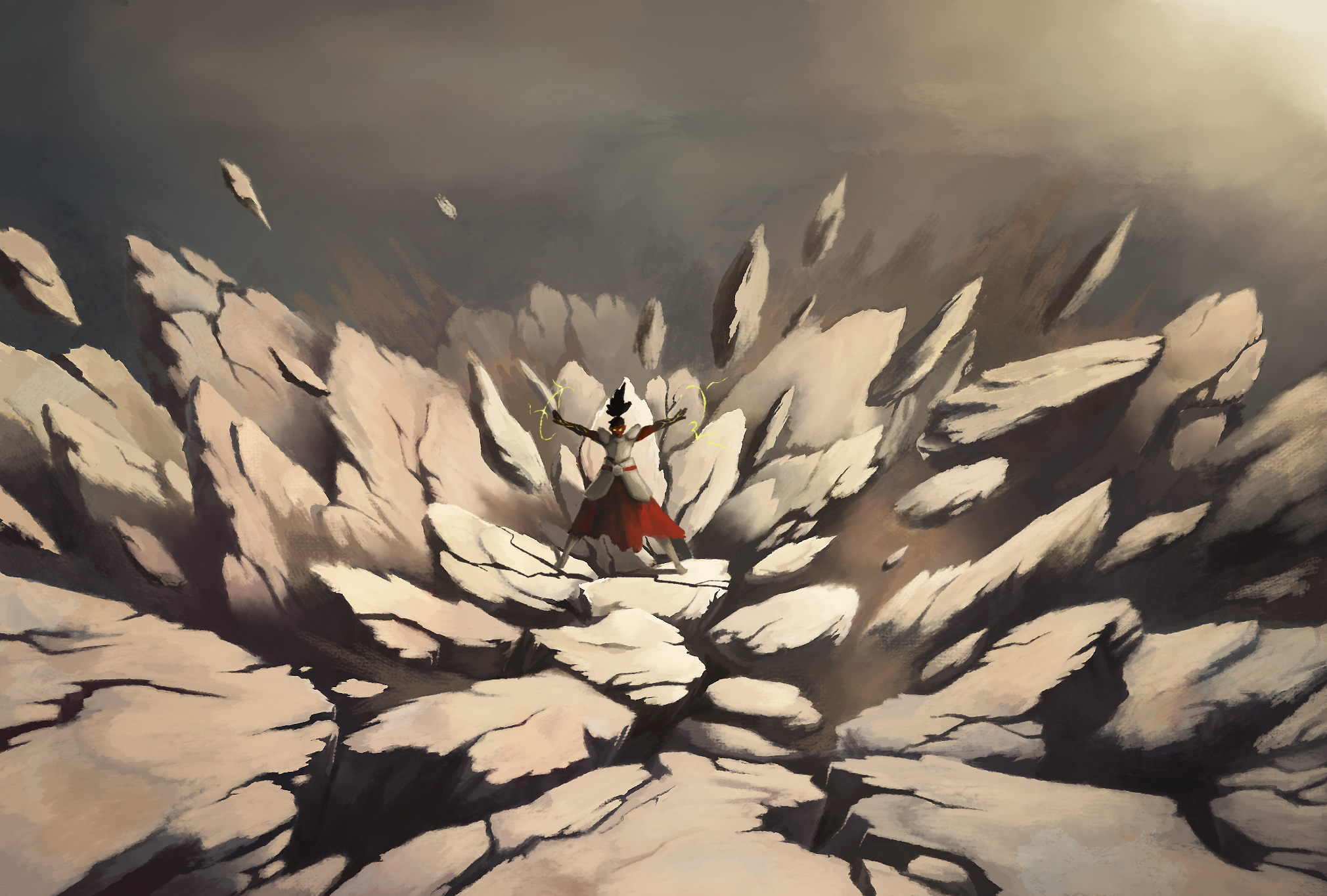 Following the same concept, a lava spell will need components coming from the Mineral and Fire elements.

A system with both depth and simplicity

Everything you need to cast a spell is written on it, it is as simple as that. This system has already been tested with more casual players numerous times. It is extremely simple to understand and every player learns to use it within a few minutes.

However, it stays as a very deep system, bringing lots of choices to the player. It is the detailed understanding of the system that will require more learning from the Mage. The most hardcore game enthusiasts will have the occasion to keep perfecting their mastery of it for years to come.

With its easy to learn, hard to master nature, it is a system that speaks to everyone. Newcomers wanting to play from time to time as well as experienced players, eager to know every branches of magic and all of their tiny details.

A system that calls for creativity

Even more important, it is a system that gives players the opportunity to be creative. In their deck building as well as during the games.
Even after numerous games, we are still discovering new card combos that we weren’t expecting to work together. We’re still surprised every day.
You will search unexpected combos and original creations. We, as designers, are very far from discovering everything about the game, because it’s an open system. You’re going to surprise us with incredible decks and we can’t wait to see that!

An especially important part of this crafting system is its ability to be modified and to have exceptions.

A trading card game is insteresting mostly because its rules and functioning is constantly being changed. Our system had to feature a great simplicity as well as numerous modification possibilities.

Fortunately, it is one of its great strengths, we have numerous options to interact with it. The distinction between channeled components and spells that are still usable is a great example. To influence on a spell’s change from spell to component and vice-versa is very simple rule to add on a card’s effects.

An other great example is how easy it is to influence the necessary component’s list of a spell. It allows us to create great synergies.
And these are only two of the infinite possibilities we have at our disposal.

Our main objective was to make sure the game was as fun as possible of course. We made many iterations around the crafting system and they all had their pros and cons. We tried a lot before finally finding the system that would bring the most fun in the game, grouping lots of objectives we had in mind for the unfolding of a Mage Noir game. Both before and during the confrontation.

Before the confrontation : You build your deck. The spell “crafting” allows you to be creative and gives you new ideas as you discover it. Possibilities are infinite. Everyone can find her/his own method, her/his own playstyle and her/his own secret moves.

During the confrontation : The tension of the game builds up gradually as players get more options and power from their components. At the same times, strategic decisions multiply and are becoming more and more crucial. Every spell offers 2 possibilities. Either be kept as a component to become stronger, or be used directly to apply its effects. This choice is constantly there and stays decisive at every moment. This dilemma contributes a lot to what makes the game so interesting.

“A game is a series of interesting decisions” ~Sid Meier, Game designer of the Civilization games

It took us lots of trial and error to find spell handling methods that were worth keeping. It took us even more to find the one that had all the features we were looking for in the games we wanted to make.

It is with this system that we think we found the best balance to have a simple system, bringing fun and depth to the table, allowing people to immerse themselves in the world of magic. All of this while being an elegant design.

Thanks for your attention Mages, see you next time!