Hey Mages!
Today’s post is a little bit different compared to the ones you’re used to.

First because it’s not posted on a thursday. (What?! Witchcraft!).
And second because it is a discussion concerning core design choices.

Discussing very openly about the project’s advancement with you is a habit for us (and we intend to keep it a habit). But we haven’t had the occasion to talk to you about its genesis and about all the decisions that lead us to what Mage Noir is today.

The first subject we’d like to talk about is creatures.

It is a very strong design choice that we took there. And it is actually one of the first that we chose during the game’s creation.

What is a creature?

When we look at existing card games on the market, wether it is digital ones or in paper format, creatures are ubiquitous. Only a few games tried to reduce their presence.
Usually, they consist in entities staying on the field.
They possess characteristics, keywords, ways of acting and mechanisms that may vary very slightly from one game to another, but in the end, we noticed that they all functioned in a very similar manner.

Health points, attack value, and one attack per turn.

This initial concept stays as a pillar in the genre currently. It brings its fair share of advantages (regular damages, potentially infinite actually, ability to identify as an army leader, a concept players can relate to since they are used to it…)
However, it brings a downside that outclasses every others:

The ubiquity of creatures in card games brings routine.

On why it is so interesting to reduce their importance:

The first objective of Mage Noir was to bring a new take on the card games genre.
Concerning CCG (short for Collectible Card Games), we are huge fans of the genre ourselves. But we noticed a lack of fresh new mechanics in it. Even the most recent new games with a fairly big budget actually look and feel pretty similar to what have been existing for now 25 years.

When we created Mage Noir, we thought that to bring really new mechanics, we had to break the currently existing codes. This one was the first we decided to break. 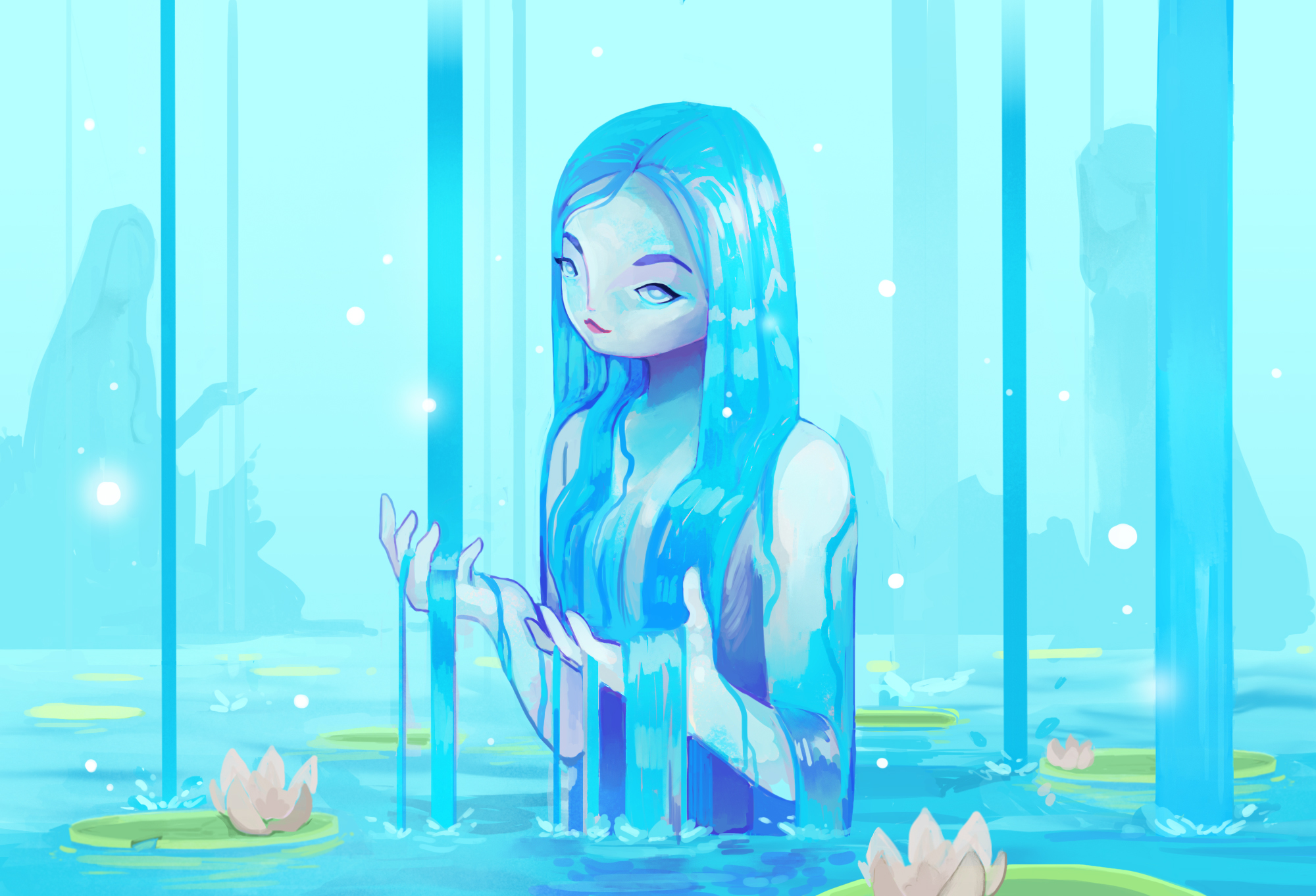 The second objective was to give more importance to magic itself. Removing creatures also means removing a huge complexity to the game. This actually withdraws large overloads in the gameplay. As an example we can point out:

All of this without pointing the fact that for every new set of card that is released, the creatures ratio tends to be around 60%. This is as much space that is not left for spells and magic.
Removing creatures thus allows us to leave much more design space in our game mechanics compared to other CCG. This is as much space we wanted to dedicate to powerful and spectacular spells, exclusive effects and before all, a spell crafting system that is much more interesting than current systems (but we’ll talk much more about this in another post about the spell crafting system).

Being the mage you want

One of the other reason that lead us to reduce the presence of creatures is immersion. During our tests on other games, it was pretty hard to imagine being a powerful sorcerer summoning creatures and spells on his opponent. However, we could easily identify as a tactician leading its own army.

And this is not an issue as such, the gameplay is fun and the sensation of epicness is clearly there.

But in Mage Noir, we wanted to create a true duel between Mages. Not an army clash. Thus, Mages will truly feel like the protagonists of the game. If a Mage wants to gather an army and be the one to lead others to fight, this will also be a possibility. As an example they could play the Vegetal element, where Animated trees and Hostile forests are permanents inflicting damages to the opponent every turn. But this will be a deliberate choice, not an obligation. 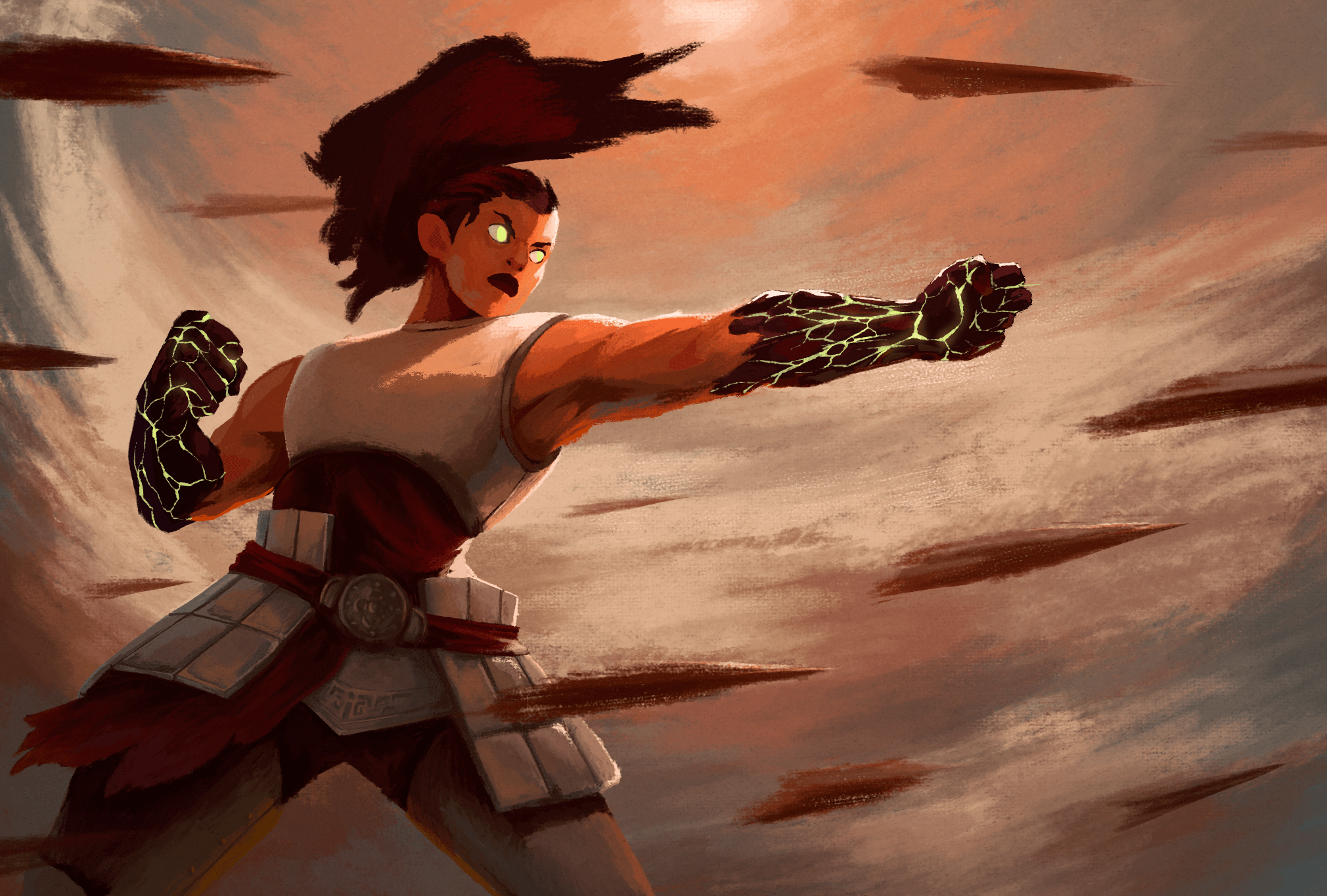 Finally, the universe will also benefit from this design choice.
When talking about creatures in card games, we often think about dragons, goblins, robots or any other humanoid coming from myths and legends. There are a lot of possible creatures, but they mostly come from fantasy.
As interesting and wonderful to explore as it is, we think it also brings an overload to the universe. It then becomes a big mix of a lot of different animals and beings, each of them more inventive than the previous ones. These kinds of universes need a lot of expertise to understand. We decided to create a more intuitive and realist world to make the game more accessible to players that are less used to every kind of magical creatures. We also took this approach for more experienced players that, even if they like fantasy worlds, might want to see something else in their CCG, rather than “Elves and Gobelins episode 3872”.
The Mages Noirs infiltrated our world, the real world. Some of them manipulate the natural elements, some others manipulate humans, oblivious to their presence. This basic approach for our universe already allows for such a rich variety of fascinating spells and characters !

In CCG, creatures seemed to be unavoidable. Their advantages are undeniable, but we think it is totally reasonable to get rid of them. Removing them gives us a lot of freedom to create, and this, in every domain of the game. (gameplay, innovation, immersion, scenario and worldbuilding)
This is the reason why we made them way less present and made them a very secondary aspect of the game rather than a core aspect.
We have the conviction that a good game design resides in what you decide to put in, as much as in what you decide not to.

Thanks for your attention Mages, and see you next time for another discussion on our game design choices. In the meantime, don’t change a single bit, you’re all awesome!